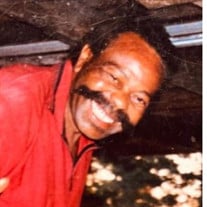 Clendate Atkins was born on February 01, 1950 to the union of Jake and Roberta Atkins. Clendale accepted Christ at an early age and joined Harmony Missionary Baptist Church. He Grew up in Lena, MS where he attended Ealy Primary School and graduated from Murphy High School Upon graduating High School Clendale enrolled in Meridian Junior College where he attended until he was drafted into the United States Army. After joining the Army in 1969 Clendale was sent to Vietnam where he served as a Wire Man on the front lines. Despite being on the front line of multiple combat theaters in Vietnam and a decorated soldier. Clendale was one of the kindest and gentlest souls you will ever meet. After being Honorably discharged from the Army Clendale moved to Las Vegas. During this time Clendale met the love of his life Caryl (Atkins) Roybal. From this union Clendale and Caryl had one child Damian Atkins. Damian was the light of their lives. From birth Damian and his Dad were inseparable. He taught Damian everything he knew from the beginning. Clendale would take his son and his nephew (Nathaniel Whaley) in the desert and often teach them to shoot their BB guns. He was also inseparable from his sister Mary. They were like two peas in a pod. Clendale helped raise Mary's two kids Nathaniel and Kenyatta Whaley. To be honest Clendale helped raise all of his nieces and nephews. Clendale worked in various capacities across different career fields. However, Clendale specialized in Hospital maintenance. This coincided with his original love of Carpentry. Clendale had many talents and hobbies. He loved fishing, hunting, cooking and telling jokes. He was the family comedian and loved to make people laugh. Clendale also enjoyed spending time with his family and friends On January 27th 2021 Clendale departed this life at Baptist Hospital in Carthage, MS. He was preceded in death by his parents Jake and Roberta Atkins, (5) five brothers Lewis Atkins, Daniel Atkins, Willie Clyde Atkins, Paul Atkins, and James Atkins, (4) sisters Bertha Mae Gilbert, Fannie Mae Ruffin, Jewel Ruth Daniels and Mary Jane Pace Clendale leaves to cherish his memory, one son Damian Atkins, 3 granddaughters Alexis Hart (Las Vegas, NV), Jasmine Case (Louisville, KY). Eudora Carter ( Madison, MS). One grandson Jordan Spikert (Las Vegas, NV). One Sister Barbara Ealy. One sister in law Mertis Atkins, one brother Andrew Atkins and one Aunty Dixie Sparkman, a best friend Ira D- Boy) Stewart, and a host of nieces and nephews, cousins and friends. Clendale's favorite niece and nephew were all of them. He loved everyone.

Clendate Atkins was born on February 01, 1950 to the union of Jake and Roberta Atkins. Clendale accepted Christ at an early age and joined Harmony Missionary Baptist Church. He Grew up in Lena, MS where he attended Ealy Primary School and graduated... View Obituary & Service Information

The family of Mr. Clendale Atkins created this Life Tributes page to make it easy to share your memories.

Send flowers to the Atkins family.