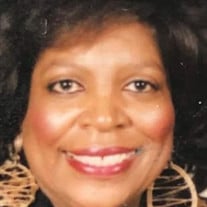 Delores Sidney Smith the eldest daughter of Clarence Sloney and Lola Mae Smith, was called to rest on July 7, 2020 in Chicago, IL. Delores was the mother to five children Nichelle, RaSul (nee Robert), Kirk, Bart, and Tammy (who preceded her mother in death) and was the proud grandmother to 16 grandchildren. In addition, she is survived by two younger sisters Ruby E. Dawson and Sarah F. Ducksworth, and a host of nieces and nephews. Delores was born in Lyon, Mississipp on August 23, 1940 before the family relocated to Jackson, MS while she was still a young child. In Jackson, she attended Mary C. Jones Elementary School and Lanier Junior-Senior High School. After graduation, she attended Jackson State College where she earned a BA degree in Elementary Education. For the next three years, Dolores taught school in rural Mississippi, before relocating to Chicago, where she taught elementary school for the next 40 years. In retirement, Delores briefly returned to her childhood home and cared for her mother in her final years. In her later years, Delores returned to Chicago to spend her final years. Delores was talented in both art and music. She played piano and made pencil sketches of, mainly, human figures and passed on her love of the arts to several grandchildren, whom she helped raise. She also loved shopping for pretty clothes and shoes and dressing up for social and church functions at Wesley United Methodist Church in Chicago, IL. Delores had a smile that could light up a room and an infectious laugh. She was generous to those she loved, and she was kind to all.

The family of Ms. Delores Sidney Smith created this Life Tributes page to make it easy to share your memories.

Delores Sidney Smith the eldest daughter of Clarence Sloney and...