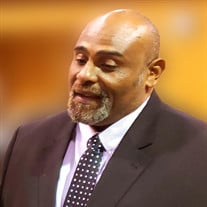 When Elizabeth heard Mary's greeting, the baby leapt in her womb, and Elizabeth was filled with the Holy Spirit. And she cried out with a loud voice and said, "Blessed are you among women, and blessed is the fruit of your womb, (Luke 1:41. 42... View Obituary & Service Information

The family of Mr. Dwayne Prentiss Cannon created this Life Tributes page to make it easy to share your memories.

When Elizabeth heard Mary&#39;s greeting, the baby leapt in her womb,...

Send flowers to the Cannon family.