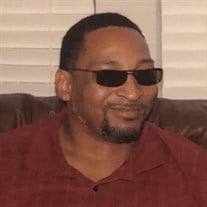 Gary Delano Mitchell, M.D. was born on February 28, 1969 in Washington, D.C., to the late Dr. Claude Mitchell and the late Dr. Velma Elaine McLin Mitchell, as the eldest of two children. Legend has it that Claude was so excited with the arrival of his first-born son, that he and his brother-in-law, Quincy “Adam” McLin, smoked cigars over a celebratory steak dinner. Gary spent his early childhood in St. Paul, MN, until the family settled in Glenolden, PA, (also known as Darby Township) when Gary was almost 8 years old. Gary was in gifted classes while attending elementary school at the Studevan School as well as Darby Township School, both located in Darby Township, PA. He attended junior high school at Media-Providence Friends School in Media, PA, and in 1986, graduated from Westtown School, a boarding high school in Westchester, PA. Gary began his college education at Hampton University in Hampton, VA, and completed his Bachelor's degree in Biology/Pre-Med at Cheyney University of Pennsylvania in 1990. Gary was in the United States Army Reserve. He was called to active duty and deployed to Germany during Operation Desert Storm. Due to Gary's service for his country, he was unable to participate in his college commencement ceremony. Gary continued his education at the Medical College of Pennsylvania where he completed his Doctor of Medicine (M.D.) degree in 1997. In 2000, he completed the Family Medicine Residency at the Piedmont Columbus Medical Center in Columbus, GA. Gary received several awards and accolades during this residency which included rotations in emergency medicine, general surgery, family medicine, internal medicine, pediatrics, obstetrics, and neonatology. Gary's professional career was varied and rewarding. He worked as an ER Director in Macon, GA; in hospice care in Conyers, GA; as a staff physician at the Fulton County Jail in Atlanta, GA, as well as within Kaiser Permanente's Atlanta hospital system. Gary dedicated 12 years to Family Practice Partners in Conyers, GA, a private practice he started with three colleagues. Gary's advice extended beyond family and friends and into his professional life as well. He became known as the doctor with a listening ear. Due to the time he spent with patients, Gary often held sessions longer than the designated short blocks designed to meet Medicare guidelines for daily patient quotas. Gary talked to patients for as long as it took to address their underlying conditions and hear their concerns. Due to this level of care, Gary's private practice patients were faithful and truly loved Dr. Mitchell. Gary was a renowned scholar with an appreciation of politics, sports, science fiction, world events, international travel, holistic medicine, and many other medical specialties. As such, Gary was an avid reader, prolific writer, and spirited debater. Gary and Joyce often joked that he was full of useless information." Gary's international travels included Italy, Germany, and Kenya. During his residency, Gary traveled to East Africa with a church mission. While there, Gary indulged in the traditional cuisine and spent as much time as he could soaking up the local culture. Gary also traveled extensively throughout the United States. One of his fondest childhood memories was of taking a cross country road trip with his parents and sister. He enjoyed attending many family reunions, graduation ceremonies, birthday celebrations and other momentous family occasions in various cities across the United States. Gary joined the First Baptist Church of Oakeola in Glenolden, PA, at a young age. There he was an active member of the Youth Choir, the C.B. (Charles Baxter) Ensemble Choir, the Usher Board, and the Kitchen Committee. Gary was also a member of the Male Chorus at Good Hope Missionary Baptist Church in Florence, MS, for a time; and recently enjoyed attending Friendship Baptist Church in Charlotte, NC. Gary is survived by his sister Joyce Marie Mitchell (Charlotte, NC); God-brothers Dr. John L. Adams, III, David J. Adams, MHS (Philadelphia, PA); and special friend, Wanda Reeves (Atlanta, GA). Gary leaves to cherish his memory a host of aunts, uncles, cousins, extended family, and friends.

Gary Delano Mitchell, M.D. was born on February 28, 1969 in Washington, D.C., to the late Dr. Claude Mitchell and the late Dr. Velma Elaine McLin Mitchell, as the eldest of two children. Legend has it that Claude was so excited with the arrival... View Obituary & Service Information

The family of Dr. Gary Delano Mitchell created this Life Tributes page to make it easy to share your memories.

Send flowers to the Mitchell family.