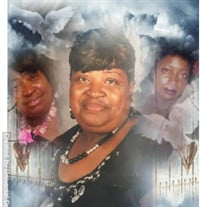 The lovely Lorean Bilbro was welcomed into the world on December 4, 1954 to Vanzo B. Buckner & The late Earnest Lyles, A few years later she acquired a stepfather J.D Buckner Sr who preceded her in death. As a God fearing woman, Lorean accepted... View Obituary & Service Information

The family of Ms. Lorean Bilbro created this Life Tributes page to make it easy to share your memories.

The lovely Lorean Bilbro was welcomed into the world on December...

Send flowers to the Bilbro family.