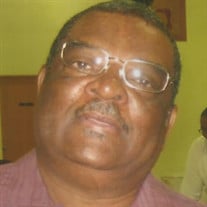 Mr. Richard Lindsey was born to the late Oscar Lindsey and Carrie Lee Lindsey on April 25, 1946 in Fannin, Mississippi. Mr. Lindsey married Melinda Lindsey on July 14, 1967 in this union, three children were born. He was a member of Pilgrim... View Obituary & Service Information

The family of Mr. Richard Lindsey created this Life Tributes page to make it easy to share your memories.

Mr. Richard Lindsey was born to the late Oscar Lindsey and Carrie...

Send flowers to the Lindsey family.