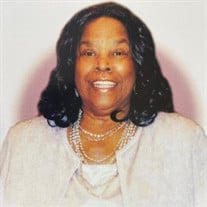 Ruby Esther Smith (Dawson), a long-term Biology teacher at Hirsch High School in Chicago, passed away on July 5, 2021. She was the second of three daughters born in Jackson, Mississippi on September 25, 1943 to Clarence Sidney Smith and Lola Kersh Smith. Both parents were also public school teachers. As a small child, Ruby attended Old Trails, a well-known nursery school in the city of Jackson, Mississippi, located on Decatur Street where she grew up. When she entered the public school, Mary C. Jones Elementary, at the age of five, she was promoted to second grade. At the age of ten, she entered junior high school at Lanier Junior Senior High School and graduated from high school in spring of 1959 as an honor student. Later in the fall of the same year, she joined the freshman class at Tougaloo College. After graduating from college at age nineteen with a degree in biology, she made her way to Chicago alone; but, after she got there, she was assisted by relatives with whom she lived for a short period of time. Ruby launched her teaching career in September 1963 and taught in a couple of city high schools before joining the staff at Hirsch. She was beloved by many students, some of whom are now old enough to have become grandparents. Yet, they still remember "Miss Smith", One word that aptly describes Ruby's personality is "generous". She spent her entire life trying to help others. She truly believed, as she explained many times to her family, that by helping others, she was also a winner, improving her own chances for success. One of Ruby's great passions was historical research. Through many years of archival research, she became an expert in family history on both sides of her ancestry- the Smiths and the Kershes. If any of her relatives wanted to know how other of their kinfolks were related, Ruby usually had the answer. She could talk for hours about her old folk cousins and tell very amusing stories about them. In the mid-1970s, Ruby married William Dawson (deceased) From that union two children were bom: William Charles Dawson, Jr. and Sarah Elizabeth Dawson, both graduates of Boston College. She has two grandchildren, Owen and Malcom Dawson and a daughter-in-law, Maureen Dawson. She also leaves behind a sister, Sarah Smith Ducksworth and brother-in-law, William Earl Ducksworth; nieces, Sheila Ducksworth and Nichele Cason Mingo; nephews Robert, Kirk and Barton Cason; grand-nieces Alexis, Mercedes, and Victoria Clare, and Kirsten, Kinsley, Lola, Jemma and Jelena Cason; grand-nephews Malik, Ajani, Jordan and London Cason, Emmanuel and Jeremiah Clare, and Devon and Jason Mingo. Ruby will be missed by many relatives and a dear friend Deloris Fry.

Ruby Esther Smith (Dawson), a long-term Biology teacher at Hirsch High School in Chicago, passed away on July 5, 2021. She was the second of three daughters born in Jackson, Mississippi on September 25, 1943 to Clarence Sidney Smith and Lola... View Obituary & Service Information

The family of Mrs. Ruby Esther Smith created this Life Tributes page to make it easy to share your memories.